Your childhood environment can very much affect your attitude towards, or about life. Our ‘World View’—our beliefs about ourselves, whether life is safe or people are trustworthy, the value of money, our work attitudes and our beliefs about marriage—are often subconsciously formed from the attitudes, beliefs and exposure we receive from our parents, which of course were passed down to them from their parents and so on.

Most psychologists say that it is not our conscious training or beliefs that create difficulties for us in the world; rather, it is the unspoken rules we learned and readily adopted. These rules came from our family members, religious institutions, schools and teachers, and from our communities.

It is quite possible that one of your ancestors took on a certain ‘World View’ that may have caused problems for future generations. Can you identify such a ‘World View’ for you and your family? How is this perspective holding you back? What are the repercussions to your progeny and theirs. Is the belief or the unspoken rule still actively engaged in the family line?

Imagine you have an ancestor who was a hard working fellow. He was married and had five children.

One night, on the way home, he decided to take a short cut home through an area he knew was not all that safe. Consequently, he was chased, beaten and robbed. Following this, he became fearful in life and refused to step out the front door. Because of his fear he told his family; “It is not a safe world. Stay home where it is safe. Never open the door until you find out who is there…and even then, don’t trust them! Stick to a routine–never venture outside your daily path!”

Now, four of the children listen to the man and follow his fear centered advice as the ‘Law of the Community’ dictates that “Father is always right and you must always abide!”

Are these children more affected the words of the father or the Law of the Community? Perhaps it is both…

And what impact does this have on a boy child? What impact on a girl child?

One of the children stands up and takes responsibility; she goes outside to bring in money, to bring in food and to live her life. For this child, however, father’s words may echo in the darkness of her subconscious mind. And then, one day, when the girl has grown and is a parent and her child is about to walk to school for the first time, she may blurt out her father’s words: “It is not a safe world! Never venture outside the daily path!” 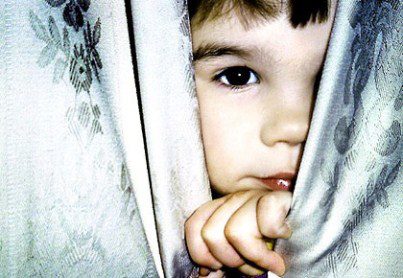 Since this grandchild is at an impressionable age, these words can have a far reaching impact on not only the child’s psyche, they can also become embedded within the child’s DNA and then the Grandfather’s fear is passed on to future generations. This is the origin of an Ancestral issue.

In this example, the experience of the (now) Grandfather may cause four potential ancestral issues: First, ‘It is not a safe world’.

The second, “I must abide to father” (A now reinforced community or tribal belief that will go on and on like a perpetually spinning and expanding Ferris wheel).

The third generated a “rebel” who is willing to defy the Laws of the Community and will take charge (not all Ancestral Issues are bad…it is how it is applied) however, the words of fear are waiting in the shadows to come out at anytime.

The forth is what has been absorbed by the child. This is the most critical of them, for it can lead to generation after generation of future children who are fearful of life.

As it is said: from an acorn, a mighty oak can grow. And in this case, a simple choice of the grandfather who took a short cut through a known, unsafe area caused major problems for generations to come.

This is one of the reasons why Ancestral Healing is so important.